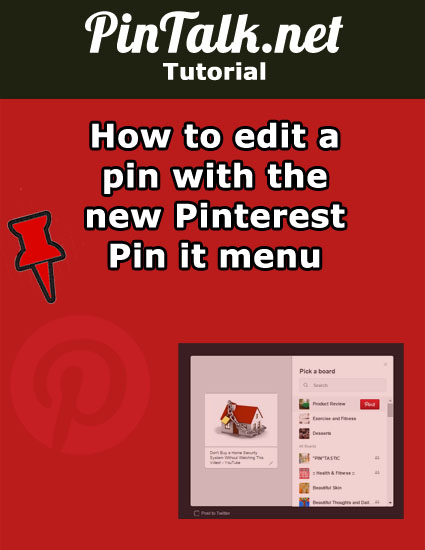 This is a Pinterest tutorial to show how to edit a pin using the new pinning menu. Sometimes users want to edit the text description underneath the pinned image rather than accepting the default text. Many times, there is no default text, and a pin goes up with something ugly like the default image name from the camera! Pinterest users might also want to edit the text of a pin that is repined. Hashtags can also be added while pinning and repinning. 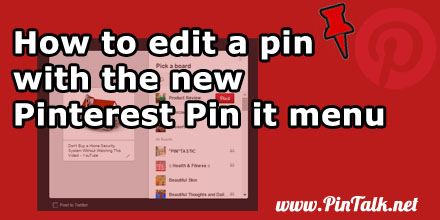 The Pinterest pin it button has a new design that is rolled out to all users now. The button debuted to a limited number of accounts, my @pintalk included, a few months ago. The new pin it button reduces the number of clicks it takes to pin an image from four to just two!

The new pin it button also shows users the last three boards they pinned to, making it faster and easier to pin. This new layout brings the desktop version closer to the Pinterest mobile experience, which was in many ways superior.

The text description that goes along with each pin can still be edited; it is just not as obvious as it was before. The text can be edited mid-pin by clicking the pencil icon beneath the text [Figure 1]. 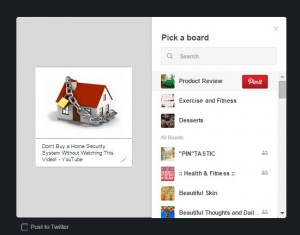 The text box below the image has a selector so the area can be expanded [Figure 2] to accommodate a longer description.

Pull down the text area, add or edit the text description below the pin to include #hashtags and good keywords that describe the photo. The last three Pinterest boards names used are shown at the top of the list. Click on the board name or the pin it button [Figure 3] to save it and you are done! 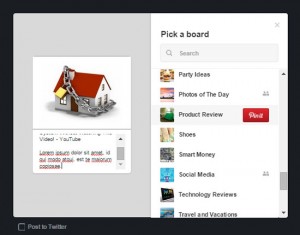