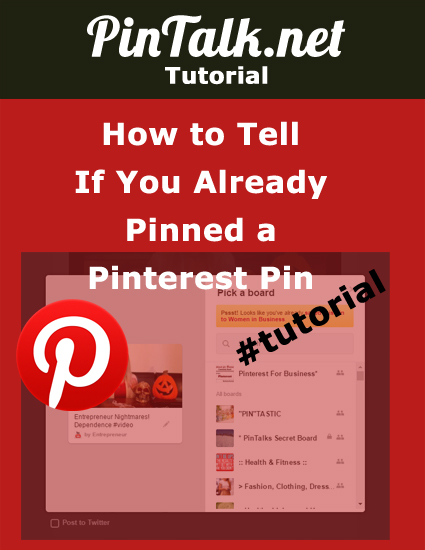 How to Tell If You Already Pinned a Pinterest Pin

Have you ever been pinning merrily along on your Pinterest account and wondered if you have saved a pin before? Most Pinterest pins are actually re-pins. There are many benefits to saving a pin to multiple boards. Pinning to a pin to more than one board is part of my social media strategy. 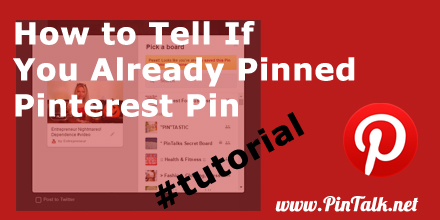 Pinterest used to inform us that we had already pinned something with a friendly warning, “Pssst, Looks like you already saved this!” Now, Pinterest tells us exactly where the Pin was saved. A very useful update! If I try to save a pin again, Pinterest now tells me the name of the board where I already saved the Pin. [Figure 1] 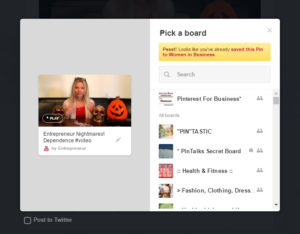 This is helpful because now I know where I already saved the Pin. If I added it to the video board yesterday, I know today is the day for the social media boards. Very simple! This update applies to desktop Pinterest only. I took an update on both my iOS mobile device [Figure 2] and my Android Phone [Figure 3] see that Pinterest mobile still only supplies the standard warning on both Pinterest mobile apps. 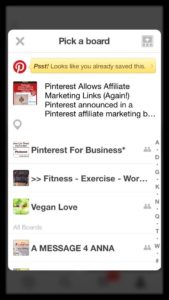 Mobile Pinterest does not tell you which board you already saved the Pin on. This is unusual for Pinterest engineering. Usually the apps get the best updates. 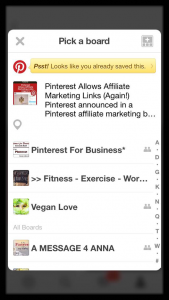