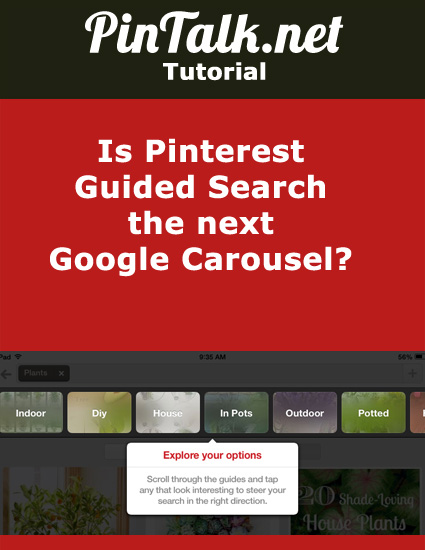 Yesterday I attended a Google Hangout to promote marketing firms as part of the Google Partners program. Skeptical that I would learn anything new, I tuned in to listen to the speakers using another laptop camped next to me while I caught up on emails. Google Partners had some pretty good information to share. The first half of the talk reviewed search engine optimization (SEO) best practices which were not news to anyone in SEO work. The second half talked more about local search, guest blogging which has been a controversial topic lately, and the benefits of reviews. To my surprise, Pinterest came up several times during the hour and a half session.

Introduced in 2013; the Google Carousel is a visual search engine results page (SERP) that appears sometimes for local searches.

A search for [hotels near disney] returns the local traditional vertical listings.

Pinterest Guided Search, still available only on mobile devices, has a rather visually similar layout. With Pinterest mobile searches, the guides refine the search criteria. The horizontal categories work the same way the carousel does with Google, it brings up more options that fit your search. 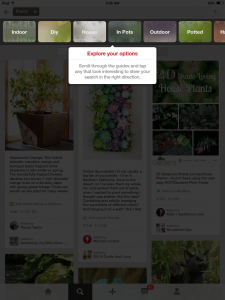 With another round of funding and the move to start monetizing the 30 million users, many feel Pinterest dreams of competing with Google in the search arena. Others feel the social network is positioning itself for a buyout. What do you think? 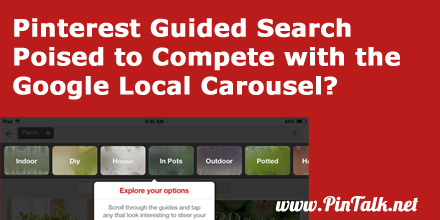