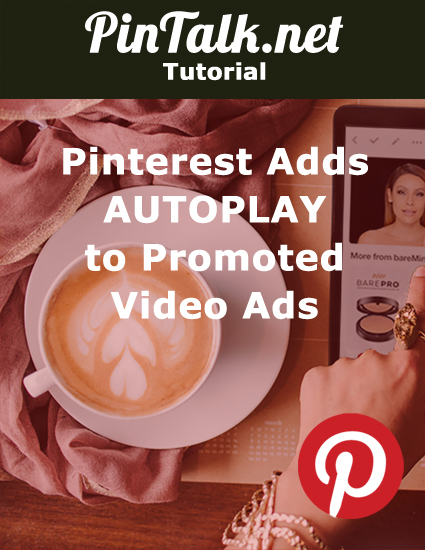 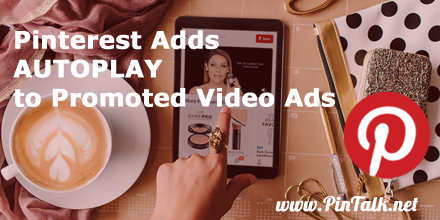 Pinterest announced it is upping its advertising offerings by adding autoplay to its video ads. Promoted Pins are Pinterest’s version of paid advertising. There are several types of paid campaign types including awareness, engagement, website traffic and app promotions. Like other major social media channels, Pinterest offers audience and interest targeting too.

Pinterest reports that 75% of Pins originate from businesses. Advertising on Pinterest increases reach plus advertisers still receive engagement after the campaign ends. Advertisers receive an average of 20% more clicks in the month after launching a Promoted Pin campaign. These clicks are free!

Videos are a proven strategy to increase clicks from emails and conversion on web pages. Sixty-seven percent of Pinners say videos on Pinterest compelled them to engage with a Pin or brand. Adding autoplay theoretically, would bring more click-throughs and conversions for advertisers. Pinterest has tested video ads with global brands such as Toyota, Kate Spade New York, Old El Paso l and Visa. Pinterest plans to offer video ads to advertisers in the U.S., U.K., Canada, Ireland, Australia and New Zealand. Right now, Promoted videos are only available to accounts in the US and UK who are with a Pinterest account team

How to Use Pinterest’s Promoted Video Ads

Currently, Pinners cannot upload videos directly to the channel. They can however, share videos that are hosted on YouTube, Vimeo, TED Talks, and DailyMotion. Your video must be uploaded to one of these sites first unless you are working with a Pinterest account team. These pins can be used as Promoted Pins, but they will not have the same metrics available as a video campaign. Pinterest users can apply to be part of the new ad formats and to work with an account team. Go to this URL and fill out the information.