The Next Web and the Daily Dot both reported that some Pinterest user accounts were hacked and used to spam their owner’s Twitter accounts. Below is a screenshot of one of the spam posts (Figure 1). 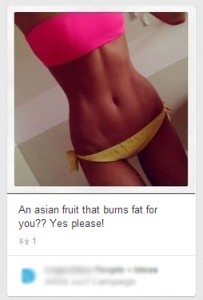 A Pinterest spokesperson told The Next Web, “A Pinterest spokesperson tells TNW:
“The security of Pinners is a top priority. We were alerted to some instances of spam and responded by immediately placing impacted accounts in safe mode, and reaching out to Pinners as we solved the issue. We’re constantly working on ways to keep Pinners safe through reactive and proactive steps, as well as educating them on the importance of using complex and unique passwords.”

Pinterest engineering locked down affected user accounts and contacted account owners to request that they change their passwords. Suspicious apps should be removed.

To disconnect an app from your Pinterest account go to your account menu in the upper right corner of your desktop screen (Figure 2), click on “Settings”, scroll down to “Apps” (Figure 3)and look for any applications you do not want and delete them.

Even if your account is not affected, please mark suspicious looking pins as spam. Do this by clicking on the flag in the lower right-hand corner of the pin.

The spam also spread to Twitter and flooded user’s timeline with similar posts to the same website, which is not the real Women’s Health Magazine site! 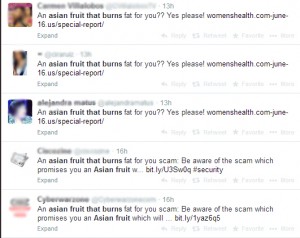 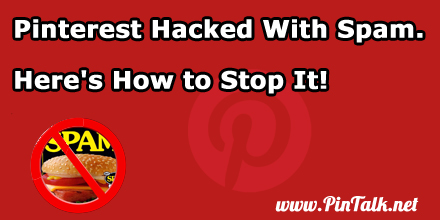