Day 20 of the Promoted Pins PPC campaign and it now spends its entire daily budget! At first, the campaign was not getting clicks. After removing the location restrictions on both ads and pinning them to a few group boards, the daily budget is now exhausted. However, one ad is successful and the other is not. 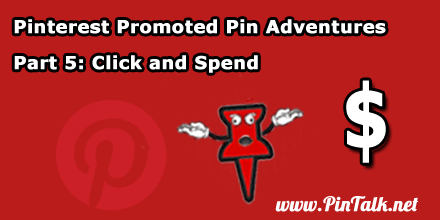 Below is a snapshot of the campaign clicks (Figure 1) and campaign spend (Figure 2). The ad end date were extended to run another 7 days or until the budget runs out. The total budget for this trial is $500, after which the campaign will be evaluated for effectiveness including clicks and sales. Google Analytics tracks incoming traffic to the website. 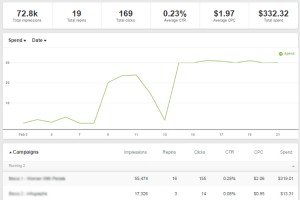 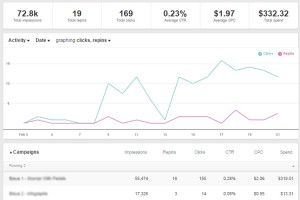 Campaign #2 is an infographic and is simply not working on this platform. It is being allowed to run and is repined to more group boards, but not gaining any more exposure.