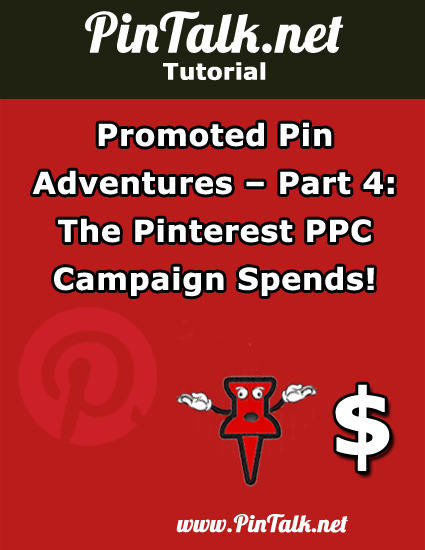 A few days ago, the Promoted Pins campaign was edited to allow all users to see the pin, regardless of location. The campaign still had a restriction that the user must be US English speaking. 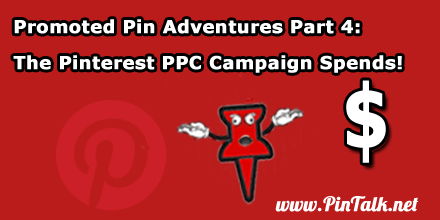 The change made a big difference! The campaign is now spending its daily budget (Figure 1). On February 11, the maximum daily limit per campaign was increased to $30 after one of the ads spent over $20 on three consecutive days. That creative then maxed out at $30 per day over the weekend. 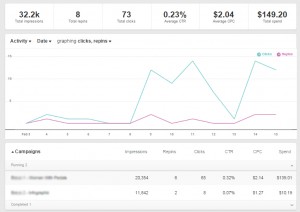