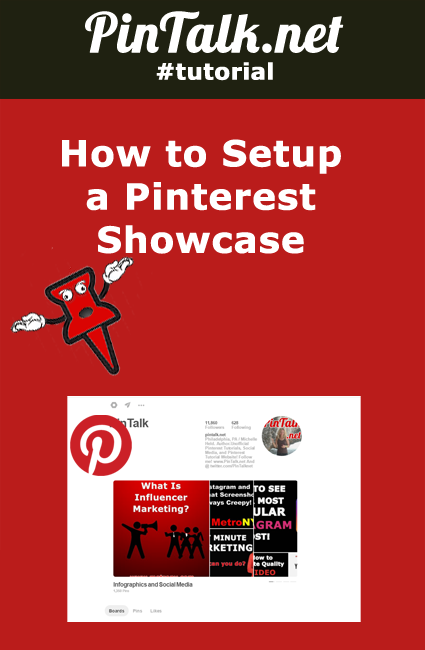 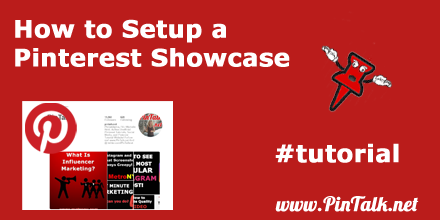 Pinterest recently made a few changes to users’ business accounts. The most obvious change is the addition of the Pinterest Showcase. The new round of updates is part of an initiative to attract more brands and their advertising dollars to the image driven social media channel. This round of updates affects both desktop and mobile Pinterest interfaces with the goal of bringing their functionality closer together.

Pinterest has over 100 million active users. The social channel has made many recent improvements to its ad offerings. Promoted Pins were its original foray into social ads. There are many more choices now with products such as Buyable Pins, Cinematic Pins, and video advertising. Like other major social media channels, advertisers can target shoppers based on behaviors, email lists, audiences, and engagement.

The most obvious feature of this round of updates includes the addition of the Pinterest Showcase. A Showcase shows a selection of up to five Pinterest boards and/or the account’s Buyable Pins. The Showcase appears at the top of a Pinterest profile beneath the bio and profile image making it the first thing your audience sees.

The Showcase is available to all Pinterest Business users. Buyable Pins are automatically added to the Showcase of businesses that have them. Business accounts not using Buyable Pins have to customize the Showcase before followers can see it. If an account does not use Buyable Pins, then the first view of the Showcase looks like an empty, grey rectangle. [Figure 1] 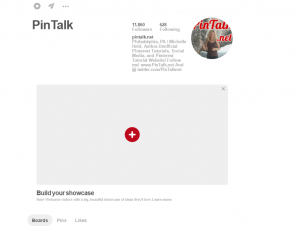 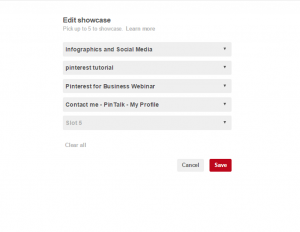 The Showcase will only appear to other Pinterest users after items are selected you to go in it. [Figure 3] With this latest Pinterest update, Android app users still cannot change Pinterest board cover photos, they can, however, change categories, add a board descriptions, add collaborators, and even make a public Pinboard secret. 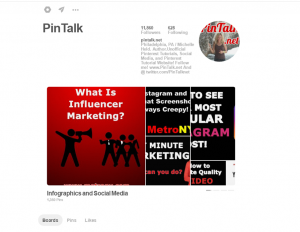 Business do not have to setup their Showcase. They can also delete it at any time. Other Pinterest users do not see the big blank, grey rectangle at the top of the profile page! To them, it looks like the previous version of Pinterest where the boards are at the top.

On my other Pinterest account, Metrony, I deleted the Showcase entirely to see what would happen. It took me a while to figure out how to get it back! If a Pinterest Showcase is deleted or not showing, go to https://www.pinterest.com/settings#profile to set it up.